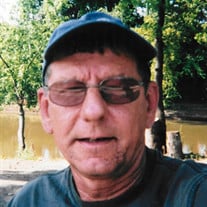 Wilson "Butch" Gorman, 73, of Centralia, passed away Thursday, May 26, 2022 at his home. He was born August 27, 1948 in Centralia, the son of Raymond Gormann and Peggy J. (West) Gormann. He married Patricia Becker and they later divorced. Butch married Meta "Mimi" White and they later divorced. Butch is survived by his son: Chad Gormann and wife Lindsay of Centralia; a grandson: Josh Gormann of Centralia; granddaughter: Kambrye Atchison of Centralia; his brother: Doug Gormann and wife Robin of Centralia; step-son: Thomas "TJ" Smith and Sara of O'Fallon; a step-daughter: Jenny Smith of O'Fallon; several nieces and nephews: Traci Mayfield and Brad of Mesa, Arizona, Doug Gormann and Tanya of Centralia, Melissa Bailey and James of San Diego, CA, Todd "TJ" Gormann and Mary of Centralia, and Madison Halfacre and Caleb of Centralia; several great-nieces and nephews: Brianna Mayfield, Brandon Mayfield, Kylie Gormann, Cade Gormann, Gracey Gormann, Chasey Bailey, Cash Bailey, Walker Halfacre; and special friend LaDonna "LD" Wynn of Centralia. He was preceded in death by his parents: Raymond and Peggy Gormann and his friend: Patricia Becker. Butch was born and raised in Centralia. He served in the U.S. Army during Vietnam, where he received a Purple Heart and Silver Star. He worked for the US Postal Service for 24 years in Centralia and in Orlando, Florida. Butch enjoyed riding motorcycles in his early years. He also enjoyed going on a boat ride and traveling to the river and exploring the river bottoms. Butch cherished the time he spent with his family, friends and his dog, Blue. Funeral Services for Wilson " Butch" Gorman will be held Thursday, June 2, 2022 at 1:00 PM at the Sutherland-Garnier Funeral Home in Centralia with Pastor Steve Upchurch officiating. Burial will follow at Hillcrest Memorial Park in Centralia. Military Honors will be accorded at the gravesite by the Centralia American Legion Post 446 and Centralia V.F.W. Post 2055. A Visitation will be held Thursday morning from 11:00 AM until the time of service at the Funeral Home. In lieu of flowers, memorial donations may be made to Shop with a Cop or Donor's Choice and will be accepted at the Sutherland-Garnier Funeral Home at 235 North Sycamore Street Centralia, Illinois 62801, (618)532-3523, who is honored to be of service to the Gormann Family. Online condolences may be made to the family by visiting www.sutherlandfuneralhome.com and the Sutherland-Garnier Funeral Home Facebook Page.

Wilson "Butch" Gorman, 73, of Centralia, passed away Thursday, May 26, 2022 at his home. He was born August 27, 1948 in Centralia, the son of Raymond Gormann and Peggy J. (West) Gormann. He married Patricia Becker and they later divorced. Butch... View Obituary & Service Information

The family of Wilson "Butch" E. Gorman created this Life Tributes page to make it easy to share your memories.

Send flowers to the Gorman family.