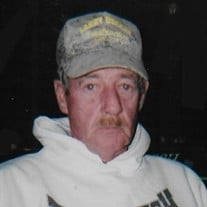 William “Bill” Melton Walton, Jr., 76, of Salem, passed away Friday, October 2, 2020 at his home. He was born June 9, 1944 in Charlottesville, Virginia, the son of Stella Marie (Morris) Walton and William Melton Walton, Sr. Bill first married Nanette K. Mott in 1977 and they later divorced. He met his future wife, Mary Herrington in 1986 and they were married on April 1, 2005, and Mary preceded him in death on October 30, 2014. Bill is survived by his children: Todd Walton, Bonnie Walton, Becky Walton, Tami Lint and husband Lyle, Ronald Schultz and wife Michelle, and Tina Dennis and husband Denny; several grandchildren: Mackenzie and wife Lindsey, Emily, Eric, Paige, Steven, Jennifer and Josh; several great-grandchildren: Landon and Hannah Schultz, Matthew Landreth, and Audrey Drobny; a son-in-law: Adam Drobney; a brother: Kenneth Nelson Walton, a sister: Florence Marie Walton-Hardey, several nieces and nephews. He will be deeply missed by his special friends and neighbors: Ken Sims, Kenny and Judy King, Bob and Paula Travis and Chuck and Karen Tinsley. He was preceded in death by his parents: Stella and William, wife: Mary, and a daughter: Theresa Drobney. Many may have known Bill by his nickname, Hammerhead, while he drove his truck for United Moving, CRST, Keelber. He later did construction for Ray Black, Doug Bredar and Kenny Carpenter. Bill loved NASCAR, football and grilling some good ole smoked cabbage. Bill cherished the time he spent with his family and friends. Per Bill’s wishes cremation rites will be accorded and a Celebration of Life Service will be held at a later date. Sutherland-Garnier Funeral Home and Cremation Services at 235 North Sycamore Street Centralia, Illinois 62801, (618)532-3523, are honored to be of service to the Walton Family. Online condolences may be made to the family by visiting www.sutherlandfuneralhome.com and the Sutherland-Garnier Funeral Home Facebook Page.

The family of William "Bill" Melton Walton, Jr. created this Life Tributes page to make it easy to share your memories.

Send flowers to the Walton family.