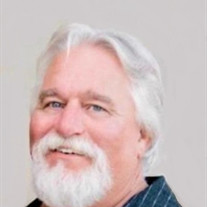 Tommy E. Miller, 69, of Centralia, passed away Wednesday, August 11, 2021at his home. He was born February 1, 1952 in Centralia, the son of Darrell “Jerry” Miller and Delores (Smith) Miller. He married Faith Russell on December 27, 2014 and she survives in Centralia. In addition to his mother: Delores Miller of Centralia, he is also survived by his wife: Faith Russell-Miller of Centralia; children: Scott Miller, Sarah Miller, and Chris Smothers all of Centralia, Alexis Cooksey and fiancé Chris Folmsbee and Travis Cooksey all of Centralia; grandchildren: Arianna, T.J., Isabelle, Brooklyn, Easton, Layton, Kody, Kace, and Serayah; three brothers: Mike Miller and wife Leighann of Centralia, Mitch Miller and wife Tammy of Centralia, and Steve Miller and wife Melissa of Benton; sister: Tammy Hensley and husband Craig of Centralia; several nieces and nephews; and numerous friends. He was preceded in death by his father: Jerry Miller, grandparents: Chester Miller, Sr. and Gladys Miller, Ernest “Smitty” Smith and Grace Smith. Tommy was a graduate of the Centralia High School Class of 1969. He was self employed for many years and he owned and operated T’s Concrete formerly known as S&M Basements. He was a member of the Wild Bunch 1969 and was a CHS Alumni. He was an avid St. Louis Cardinal’s Fan. He enjoyed listening to music, going to concerts and watching baseball, basketball, and football games. Tommy was the “King of the Grill”; he loved cooking and barbecuing for family, friends and the CYFL. He also cooked for many of the Cancer Survivor Dinners. Tommy always had a smile on his face, would go above and beyond to help anyone, and “No” was not in his vocabulary. He loved his hometown, his family and friends. A Celebration of Life Service will be held Tuesday, August 17, 2021 at 8:00 PM at the Sutherland-Garnier Funeral Home in Centralia with Pastor Steve Upchurch officiating. Visitation will be held Tuesday evening from 5:00 PM to 8:00 PM at the funeral home. In lieu of flowers, memorial donations may be made to the Wild Bunch 1969 Scholarship Fund and will be accepted at the Sutherland-Garnier Funeral Home at 235 North Sycamore Street Centralia, Illinois 62801, (618)532-3523, who is honored to be of service to the Miller Family. Online condolences may be made to the family by visiting www.sutherlandfuneralhome.com and the Sutherland-Garnier Funeral Home Facebook Page.

The family of Tommy E. Miller created this Life Tributes page to make it easy to share your memories.

Send flowers to the Miller family.