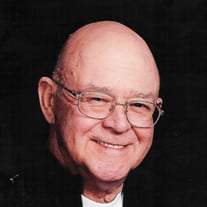 Thomas "Tom" J. Gansauer, 80, of Centralia, passed away Friday, December 4, 2020 at SSM Health Good Samaritan Hospital in Mt. Vernon. He was born October 18, 1940 in Gary, Indiana, the son of Erwin "Zuke" Gansauer and Helen (Hopkins) Gansauer. He married Carol Woods in 1962, they had a daughter: Ginger Sue, and they later divorced. Tom married Angela (Harris) Sanders in 1971 and they had a daughter, Julie Kay. In addition to his wife of 49 years, Angie Gansauer of Centralia, he is also survived by his two daughters: Ginger Hayes and husband John of Centralia and Julie Silvey and husband Jeff of Edwardsville; two step-sons: Jim Sanders and wife Denise and Rob Sanders and wife Dawn of Carlyle; seven grandchildren: Justin Tellefsen, Josh Tellefsen, Ashton Guehne, Makenzie Silvey, Megan Silvey, Macy Silvey and Sadie Sanders; four great-grandchildren; a sister: Donna Simmons and husband Vern; a brother-in-law: Dave Kell; several nieces and nephews. Tom was preceded in death by his parents: Erwin "Zuke" and Helen Gansauer, sister: Beverly Kell, a brother: Mike Gansauer, granddaughter: Acadia Sanders, step-son: Kevin Sanders, and a niece: Kati Simmons. Tom graduated from Central City Grade School in 1954 and in 1958 he graduated from Centralia High School. A day after graduated from High School, he signed to play professional baseball with the Cleveland Indians. Tom played baseball with the Cleveland Indians for 6 years and he retired in 1963. He worked for Hostess Cake for 6 years and with Interstate Brands for 32 years until his retirement in 2002. Tom was inducted into The Centralia Sports Hall of Fame in 2004. Tom was a lifelong member at the Zion United Church of Christ in Central City. He loved watching his grandchildren play sports and spending time with his family and friends. A Drive Thru Visitation will be held Monday, December 14, 2020 from 12:00 PM to 1:00 PM at Hillcrest Memorial Park in Centralia. A Private Family Graveside will follow with Rev. Nancy Peebles officiating. In lieu of flowers, memorial donations may be made to the family and will be accepted at the Sutherland-Garnier Funeral Home at 235 North Sycamore Street Centralia, Illinois 62801, (618)532-3523, who is honored to be of service to the Gansauer Family. Online condolences may be made to the family by visiting www.sutherlandfuneralhome.com and the Sutherland-Garnier Funeral Home Facebook Page.

The family of Thomas Gansauer created this Life Tributes page to make it easy to share your memories.

Send flowers to the Gansauer family.