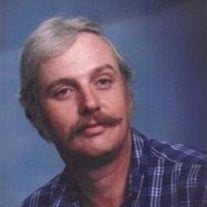 Roy Eugene Fletcher, 68, of Kell, Illinois passed away June 4, 2021 at SSM Good Samaritan Hospital, Mt. Vernon, IL. Born January 31, 1953 in Centralia, IL, he was the son of Charles and Lilias Mae (Pinkerton) Fletcher. Roy worked at various jobs, including a truck driver, driving railroad crews, and was an outstanding mechanic. Personally, he loved gardening and fixing and building bicycles for any child who needed one. He married Etta R. Nelson, June 30, 2001 at Centralia, IL in Foundation Park and she survives in Kell, along with his children, Jody Nelson of Murphysboro, IL, Samia Shenshen of Salem, and Nadia Shenshen of Libya and several grandchildren. Also, his siblings, Jim and Bill Fletcher, Velma White, Lorene Patterson, Josephine Waters ,Pauline Matheny, his mother-in-law, Betty Pollard, along with numerous nieces and nephews. In addition to his parents, he was preceded in death by sisters Maxine Simpson, Angie Moulder, Darlene Parks and Thelma Futtrell. There will be no public visitation or service at this time. A memorial service will be announced at a later date. Memorials may be made to the Donor's choice and can be sent directly to the family, or left with Sutherland - Rankin Funeral Home, 310 N. Broadway, P.O. Box 97, Salem, IL 62881, entrusted with the family's care.

The family of Roy Eugene Fletcher created this Life Tributes page to make it easy to share your memories.

Send flowers to the Fletcher family.