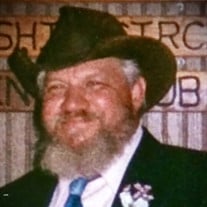 Roy L. Coats, 70, of Central City, passed away Monday, October 5, 2020 at SSM Health Good Samaritan Hospital in Mt. Vernon. He was born October 10, 1949 in Celina, Ohio, the son of Carl Coats and Ernestine (Hatfield) Coats. He married Sandy Biegeleisen and she survives in Central City. In addition to his wife, Sandy Coats of Central City, he is also survived by three sons: Mike Coats and husband Michael of Missouri, Adam Coats and wife Tammy of Missouri, and Steve Coats and girlfriend Leslie of Missouri; three step children: Angie Cluck and special friend Charlie, Jerry Biegeleisen, and Tammy Biegeleisen and special friend Andy all of Illinois; grandchildren: Kody, Ashlee, Nic all of Illinois, Brian, Christopher, Donavan, Alyssa, McKenna, Destiny, and Tara all of Missouri; great-grandchildren: Alice "Blue Eyes", Rylee, Ryan, Taylor, Skylar, Gage, Aubrey, Evelyn, and Troy; two sisters: Echo and Violet both of Missouri, seven brothers: Carl "Butch" Coats, Tim Coats, Paul Coats all of Illinois, Tony Coats, Joe Coats, Kim Coats and Lars Coats all of Missouri; several brothers-in-law, sisters-in-law, nieces and nephews. Roy was preceded in death by his parents Carl Coats and Ernestine Hatfield, step-mother: Mary Coats, mother-in-law: Grace E. Sanders, ex wife: Sherry Lynch, great-granddaughter: Luna Lee Coats, and his four legged buddy: Ozzie Bear. Roy served his country in the Marine Corps during Vietnam, Once a Marine Always a Marine Semper FI. Roy was a member of the Centralia Moose Lodge. He enjoyed watching westerns on the T.V. He was also an avid fan of the Green Bay Packers Fan and St. Louis Cardinals. Roy enjoyed wood working and tinkering around in the garage. He worked a lot of different jobs, but his favorite was with his best friend and boss, Brad Niermann. He also enjoyed talking with his neighbors. Roy was very ornery, very stern and loved to pull pranks on people for a good laugh. He was a big teddy bear at heart. Per Roy's wishes cremation rites will be accorded and a Private Family Service will be held at a later date. In lieu of flowers, memorial donations may be made to Sandy, Roy's wife, and will be accepted at the Sutherland-Garnier Funeral Home and Cremation Services at 235 North Sycamore Street Centralia, Illinois 62801, (618)532-3523, who is honored to be of service to the Coats Family. Online condolences may be made to the family by visiting www.sutherlandfuneralhome.com and the Sutherland-Garnier Funeral Home Facebook Page.

The family of Roy L Coats created this Life Tributes page to make it easy to share your memories.

Send flowers to the Coats family.