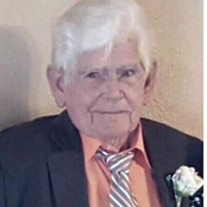 Robert “Bob” Howe, 80, of Irvington, passed away Monday, November 15, 2021 at his home. He was born June 5, 1941 in Chicago, the son of Warren Howe and Viola (Rogers) Howe. He married Carol Weaver in 1970 and she survives in Irvington. In addition to his wife of 51 years, Carol Howe of Irvington, he is also survived by his three children: Sandy Brake and husband Terry of Centralia, James “Jimmy” Howe and wife Andra of Kenya, and Stephanie Howe and husband Kevin of Irvington; eleven grandchildren: Andrew Groff, Danielle Mays, Ta’Shun Groff, Emma Renaud, D’Shaun Groff, Jamison Howe, Selah Howe, Jayden Howe, Austyn Howe, Joseph Howe, and Jeremiah Howe; six great-grandchildren; a brother: Phillip Howe and wife Christina of South Carolina; a sister: Donna Davis and husband Gary of South Carolina; and several nieces and nephews. He was preceded in death by his parents and his father-in-law and mother-in-law: Opal and Ruby Weaver. Bob served in the U.S. Army Reserves. Bob and his wife Carol, owned and operated Howe Floor Covering in Irvington for 40 plus years. He enjoyed serving and helping his community through his business. In the 1960- 1970’s, Bob sang in the Howe Brothers Quartet and he continued over the years to listen to music and sing. Most of all, he loved spending time with his grandchildren, family, friends and his four legged companion, Scooter. Per Bob’s wishes, cremation rites will be accorded and a Private Family Service will be held at a later date. In lieu of flowers, memorial donations may be made to the Disabled American Veterans and will be accepted at the Sutherland-Garnier Funeral Home and Cremation Services at 235 North Sycamore Street Centralia, Illinois 62801, (618)532-3523, who is honored to be of service to the Howe Family. Online condolences may be made to the family by visiting www.sutherlandfuneralhome.com and the Sutherland-Garnier Funeral Home Facebook Page.

The family of Robert Howe created this Life Tributes page to make it easy to share your memories.

Send flowers to the Howe family.