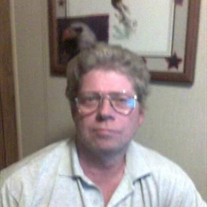 Patrick "Pat" Mansker, 57, of Centralia, passed away Monday, June 7, 2021 at SSM Health St. Mary's Hospital in Centralia. He was born March 17, 1964, in Marion, the son of Billy Joe Mansker and Olive Lucille (Fredenburg) Mansker. He married Beverly Huene on June 3, 1989 in Centralia and she survives in Centralia. In addition to his wife of 32 years, Beverly Mansker of Centralia, he is also survived by two children: Douglas “Doug” Mansker and wife Veronica of Centralia and Gail Reynolds and special friend Abu Abulfathi of Centralia; seven grandchildren: Kelsey Huene-Hensler and special friend Jeremy Cameron, Angel Reynolds, Reanna Reynolds, Taahirah “T.T.” Abulfathi, Chandler Mansker, Kaedyn Huene, and Tristan Huene all of Centralia; one great-grandson; two brothers-in-law: Darold Huene and wife Trina of Centralia and Roy King of Murphysboro; two brothers: Steven Mansker and special friend Dawn of Centralia and Timothy Mansker of Centralia; a sister: Cynthia Mansker and special friend Dennis of Centralia; mother-in-law: Sue Huene of Centralia; several aunts, uncles, nieces, nephews, great-nieces and great-nephews. He was preceded in death by his mother, grandparents, father-in-law: Bud Huene, brother-in-law: Butch Queen and sister-in-law: Donna Jo King. Pat work at Graphic Packaging for several years as a machine operator. He was a member of the First United Methodist Church in Centralia. Pat was also a member of the Centralia Moose Lodge from 1992 – 2017. He was an avid St. Louis Cardinal Fan. Pat also enjoyed bowling, fishing, golfing, shooting pool, and throwing washers, horseshoes and bags. He loved going with is wife, Beverly, to play BINGO. Pat cherished the time he spent with his family and friends, especially his grandchildren. A Graveside Service for Pat Mansker will be held Friday, June 11, 2021 at 2:30 PM at Hillcrest Memorial Park in Centralia with Rodger Randolph officiating. A Visitation will be held Friday from 12:00 PM to 2:00 PM at the Sutherland-Garnier Funeral Home in Centralia. In lieu of flowers, memorial donations may be made to the family and will be accepted at the Sutherland-Garnier Funeral Home at 235 North Sycamore Street Centralia, Illinois 62801, (618)532-3523, who is honored to be of service to the Mansker Family. Online condolences may be made to the family by visiting www.sutherlandfuneralhome.com and the Sutherland-Garnier Funeral Home Facebook Page.

The family of Patrick "Pat" Mansker created this Life Tributes page to make it easy to share your memories.

Send flowers to the Mansker family.