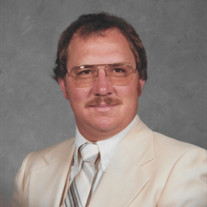 Nelson Scott Pries of Centralia, IL passed away peacefully on January 14, 2022 with his loving wife, Janet Pries, by his side. He was the son of Nelson Charles and Elsie Marie (Niermann) Pries of Hoyleton, IL. Scott was born on April 15, 1948 in Centralia, IL. He attended Hoyleton Grade School and graduated high school from Nashville, IL. He continued his education at Kaskaskia College where he graduated with his Associate of Arts. He then attended Southern Illinois University Edwardsville. He was committed to his faith as a member of the United Church of Christ in Hoyleton, IL. Scott then met the love of his life, Janet. He married Janet Faye Aldag on November 22, 1969 at Trinity Lutheran Church, Centralia IL. Business and sales were Scott’s specialty, which lead him to taking over his father’s business, N.C. Pries Implement, which remains in Hoyleton, Illinois. He had the ability to leave a long-lasting effect on every person he encountered and resulted in friendships across the country. He was an accomplished dealer for Case I.H. in which he gained many opportunities, from company trips in Hawaii to flying a Case I.H. hot hair balloon at Centralia Balloon Fest. His memory was monumental, leaving him the ability to remember every customer that walked through the door. Aside from his passion for leading a successful business, his family always came first. Nothing made him happier than blessing his children and grandchildren. His heart knew no bounds and he would help anyone in need. He loved spending time with friends and family, as well as entertaining and traveling. When traveling, it was no surprise to visit a restaurant and find friends that knew him. Fort Myers, FL was his second home where he loved to fish with friends and fry their catch of the day. As an avid traveler, he loved explaining the history of the places he and Janet traveled through. Throughout his entire life, he loved to dance and make the most out of every day. His grandchildren were his biggest fans and called him Papa. Among the memories of his grandchildren, Papa Palm Tree became an everyday name after an incident with his vehicle, his entire driver’s side door, and a palm tree. He also loved collecting cars, tractors, and guns. He is survived by his wife of 52 years and best friend, Janet Faye (Aldag) Pries. His children; Stacie Barnett of Hoyleton, IL, Eric and wife Valerie Pries of Decatur, IL, Stephanie and husband Michael Robertson of Florissant, MO, and Justin Pries and wife Janice of Orlando, FL. Grandchildren; Megan, Brayden, and Alexander Barnett, Nickolas Queen, Mia and Sydney Robertson, and baby Julia Pries. His sister Suzanne and husband Jerry Hartley of Phoenix, AZ, along with their three children and spouses, and 12 grandchildren. Sister in law Rita Smith and husband Robby of Walnut Hill, Liz Bauer and husband Scott of Centralia, brother in law Robert Aldag and wife Lindsay of Colorado. Nephews Robby Smith and wife Roni, Josh Bauer and wife Audrey, Zach Bauer and wife Stefanie, nieces Lizzy Bauer, Danika Aldag and Julia Aldag. Aunts Marilyn Owens and husband Norm and Audrey Pries. He was preceded in death by his parents, Nelson and Elsie Pries, grandson Cameron Eric Pries and niece Michele Smith Cavaletto. A Celebration of Life will be held Monday, January 24, 2022 at 12:00 PM at the Sutherland-Garnier Funeral Home in Centralia with Pastor Steve Upchurch officiating. Burial will follow at Hillcrest Memorial Park in Centralia. Visitation will be held Sunday, January 23, 2022 from 4:00 pm to 6:00 pm at the funeral home and also Monday, January 24, 2022 from 11:00 am until the time of service. Memorial donations may be made in Scott’s honor in memory of Cameron Pries to St. Louis Ronald McDonald House family room (within Children’s Hospital) and St. Louis Children’s Hospital and will be accepted at the Sutherland-Garnier Funeral Home at 235 North Sycamore Street Centralia, Illinois 62801, (618)532-3523, who is honored to be of service to the Pries Family. Online condolences may be made to the family by visiting www.sutherlandfuneralhome.com and the Sutherland-Garnier Funeral Home Facebook Page.

Nelson Scott Pries of Centralia, IL passed away peacefully on January 14, 2022 with his loving wife, Janet Pries, by his side. He was the son of Nelson Charles and Elsie Marie (Niermann) Pries of Hoyleton, IL. Scott was born on April 15,... View Obituary & Service Information

The family of Nelson Scott Pries created this Life Tributes page to make it easy to share your memories.

Nelson Scott Pries of Centralia, IL passed away peacefully on...

Send flowers to the Pries family.