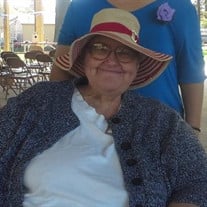 Nancy Raye Kinney, 70, of Junction City, passed away Wednesday, January 27, 2021 at SSM Good Samaritan Hospital in Mt. Vernon. Nancy was born August 25, 1950 in Centralia, the daughter of David Allen Elliott and Edna A. (Beasley) Elliott. She married Noel Dallas Kinney on September 5, 1970 at St. Peter’s Church in Centralia, and he preceded her in death on December 18, 2006. Nancy is survived by one son: Paul Kinney and wife Cassy of Junction City; two daughters: Beth Loyd and husband Donnie of Centralia and Amy Albert and husband Josh of Alma; twelve grandchildren: Johnathon Stinde, John Kinney and wife Cherekee, Jordyn Kinney, Caleb Loyd, Dylan Loyd, Anthony Kinney, Nick Loyd, PVT Dalton Berning, Reece Boyd, Chloe Boyd, Maddilyn Albert, and Hayden Albert; five great-grandchildren: Railyn Stinde, Johnathon Stinde II, November Stinde, Nevaeh Kinney, and Noel Dallas Kinney II; one brother: Duane Elliott and wife Becky; two sisters: Daphine Draege and husband Mike and Debbie Hickman and husband Doug; one sister-in-law: Shirley Elliott; and several nieces and nephews. Nancy was preceded in death by her husband Noel Dallas Kinney, her parents: David and Edna Elliot, two sisters: Edna Farnsworth and Deanna Baker, one brother: Dave Elliot; and one niece: Debbie Hamburg. Nancy was a strong willed person. She was a 57 year cancer survivor. She was the town mom and taxi. She made time for every kid in town and would often drive kids to practices and games if they needed a ride. She was a fun individual, full of spunk and personality. She was hilarious and spirited. She was truly one of a kind and will be dearly missed by family and friends. Per Nancy Kinney’s wishes, cremation rites will be accorded and a private family event will take place at a later day in her memory. In lieu of flowers, memorial donations can be made to Centralia Regional Library and will be accepted at the Sutherland-Garnier Funeral Home and Cremation Services at 235 North Sycamore Street Centralia, Illinois 62801, (618)532-3523, who is honored to be of service to Nancy's Family. Online condolences may be made to the family by visiting www.sutherlandfuneralhome.com and the Sutherland-Garnier Funeral Home Facebook Page.

The family of Nancy Raye Kinney created this Life Tributes page to make it easy to share your memories.

Send flowers to the Kinney family.