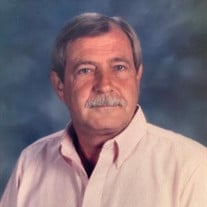 Michael R. Williams, 79, of Centralia, passed away Tuesday, March 23, 2021 at 3:33 A.M. at SSM Health St. Mary’s Hospital in Centralia. Michael was born March 12, 1942 in Centralia, the son of Rollin Williams and Mildred (White) Williams. He married JoAnn Hagedorn on July 20, 1993 in Las Vegas, NV and she survives in Centralia. In addition to his wife of 27 years, he is also survived by a daughter: Kristy Tipsword and husband Kevin of Sorento, Illinois; two grandchildren: Kyle Tipsword and Kolbie Tipsword both of Sorento, Illinois. Michael is preceded in death by his parents, a sister: Kerry Jo Reynolds, who passed in 1993, and several aunts and uncles: Faye and Howard Allwell, Marge and Dale Pence, and Virginia Clark. Michael lived in Centralia all of his life. He graduated from Centralia Township High School with the class of 1960. He then graduated from SIU-Carbondale with his Bachelors Degree in Education. Michael worked as a teacher with the Centralia City Schools for 30 years and retired in 1992. He was a member of the SIU Alumni Association and the Illinois Retired Teachers Association. Michael was an avid outdoorsman. He loved to play bocce ball with his friends, fish, garden, and spend time outside. Michael cherished the time he spent with his wife, daughter, grandchildren, family and friends. A Private Service will be held at a later date. Memorial donations may be made to the Donor’s Choice and will be accepted at the Sutherland-Garnier Funeral Home and Cremation Services at 235 North Sycamore Street Centralia, Illinois 62801, (618)532-3523, who is honored to be of service to the Williams Family. Online condolences may be made to the family by visiting www.sutherlandfuneralhome.com and the Sutherland-Garnier Funeral Home Facebook Page.

The family of Michael R. Williams created this Life Tributes page to make it easy to share your memories.

Send flowers to the Williams family.