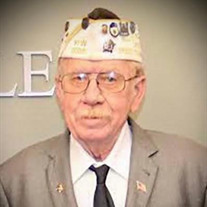 Michael J. Draege Michael John Draege, 78, of Centralia, passed away Wednesday, August 4, 2021 at SSM Health St. Mary's Hospital in Centralia. Michael was born May 29, 1943 in Ashton, Illinois, the son of Theodore "Ted" Draege and Stella (Whitsell) Draege. He married Daphine Elliott on November 26, 1964 and she survives in Centralia. In addition to his wife of 56 years, he is also survived by his five children: David Draege of Newmarket, Ontario, Canada, Sarah Draege and Justin Wayman of Centralia, Amanda Thomas and husband Chris of Patoka, Janet Draege of Centralia, and Angela Becker and husband Keith of Patoka; nine grandchildren: Josh Wayman, Donovan Thomas, Jacob Thomas, Caelan Robinett, Michael Becker, Lillian Becker, Brendan Becker, Dawson Thomas and Ambrozia Thomas; four great-grandchildren; and several nieces and nephews. Michael was preceded in death by his parents: Ted and Stella Draege, his sister: Christine Randant and husband Henry “Randy” Randant, and his special cousin: Jerry Friend. Michael served in the U.S. Army during the Vietnam War. Michael was into agriculture all his life. He was a truck driver for Pitchford Elevator in Richview for 33 years until he retired, even going back after retirement to help out at Pitchford Family Farms during harvest season. He also drove for Centralia Propane for a few years before retirement. Michael was a member of the Centralia V.F.W. Post 2055, where he served as Post Commander four times. He also was a member of the Centralia American Legion Post 446. Michael enjoyed hunting and drag racing in his younger years. He also enjoyed wood working. A Celebration of Life Service will be held Monday, August 9, 2021 at 11:00 AM at the Centralia V.F.W. Post 2055. Military Honors will be accorded by the Centralia V.F.W. Post 2055 and the Centralia American Legion Post 446 at the V.F.W. A Private Family Burial will be held at a later date at Hillcrest Memorial Park in Centralia. In lieu of flowers, memorial donations may be made to the Centralia V.F.W. Post 2055 and the Centralia Humane Society and will be accepted at the Sutherland-Garnier Funeral Home at 235 North Sycamore Street Centralia, Illinois 62801, (618)532-3523, who is honored to be of service to the Draege Family. Online condolences may be made to the family by visiting www.sutherlandfuneralhome.com and the Sutherland-Garnier Funeral Home Facebook Page.

The family of Michael J. Draege created this Life Tributes page to make it easy to share your memories.

Send flowers to the Draege family.