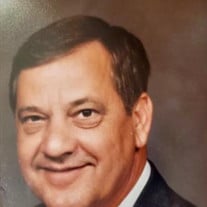 Lyle Kirgan, 80, of Ashley, passed away, Tuesday, December 1, 2020 at SSM Health Good Samaritan Hospital in Mt. Vernon. He was born November 7, 1940 in Odin, the son of Harry Kirgan and Ozelma (Brewer) Kirgan. He married Linda Sensel on November 23, 1961 and she survives in Ashley. In addition to his wife of 59 years, Linda Kirgan of Ashley, he is also survived by his three children: Crystal Kirgan-Deering and husband Richard of Indianapolis, Indiana, Roger Kirgan and wife Dawn (Dudley) of Nashville, Illinois and Alan Kirgan and wife Becky (Hall) of Grayslake, Illinois; six grandchildren: Andrew, Matthew, and Luke Deering, Derek Kirgan, James Kirgan and Nic Presutti; a great-grandson: Cole Deering; a brother: Vernace Kirgan and wife Betty of Lone Tree, Colorado; two sisters: Irma Kramm of Ashley and Janice Sturman and husband Richard of Wildwood, Missouri; a sister-in-law: Sue Kirgan of Mt. Vernon; several nieces and nephews. He was preceded in death by his parents: Harry & Ozelma Kirgan, a brother: Larry Kirgan, a brother-in-law: John Kramm, and father and mother-in-law: Paul and Lela Sensel. Lyle was the past President of Ashley State Bank for several years. He was a member of the Shriners Club. Lyle enjoyed going fishing, spending time in Florida, and watching College Basketball. He was an avid St. Louis Cardinal’s Fan. Per Lyle’s wishes, cremation rites will be accorded and a Celebration of Life Service will be held at a later date. In honor of Lyle, memorial donations may be made to the Alzheimer’s Association and will be accepted at the Sutherland-Garnier Funeral Home at 235 North Sycamore Street Centralia, Illinois 62801, (618)532-3523, who is honored to be of service to the Kirgan Family. Online condolences may be made to the family by visiting www.sutherlandfuneralhome.com and the Sutherland-Garnier Funeral Home Facebook Page.

The family of Lyle Kirgan created this Life Tributes page to make it easy to share your memories.

Send flowers to the Kirgan family.