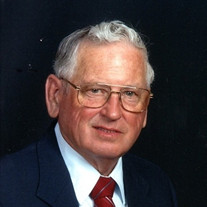 Robert “Leon” Tate 82 of Salem, IL died on March 30, 2021 at Mt Vernon Good Samaritan Hospital, Mt Vernon, IL Leon was born on May 16, 1938 in Jefferson County, Illinois to Rev Ernie Tate and Pansy (Cooper) Tate. He married Dora Knight on May 18, 1956 at Marlow General Baptist Church with his father officiating. They were blessed with 64 years of marriage. In addition to his beloved wife, he is survived by three children; Robert Leon Tate Jr “Bob” of Salem, Kathy Meador and husband Rick of Salem, and Jerry Tate and wife Lavonda of Effingham. He is also survived by seven grandchildren: Stephanie Thomas and husband Tyson of Granite City, IL, Brian Tate of Salem, IL, Andy Tate and wife Becky of Effingham, IL, Jordan Tate and wife Jordyn of Effingham, IL, Anson Meador and wife Morgan of Jacksonville, AR, Phillip Meador and wife Linny of Salem, IL, and Daniel Meador and wife Dawna of Salem, IL. Leon had four great grandchildren: Henley Thomas, Margot Thomas, Cameron Tate, and Jayden Tate. He is also survived by his sister Hilda “June” Jones of Urbana, IL and several nieces and nephews. Leon had a lifelong career in aviation that began at Mt. Vernon Outland Airport in Mt Vernon IL, where he began his training for an A & P Mechanic and received his private pilot license. He worked in several airports in Southern Illinois. He started Tate’s Flying Service, Inc. with his wife in Carmi, IL in 1976. He expanded Tate’s Flying Service, Inc to include FBO’s in Effingham, Salem, and Carbondale. His accomplishments include Commercial Pilot's License, Flight Instructor, Multi Engine Rating, Instrument Flight Rating and an IA designation. He enjoyed flying and airplanes and was able to make it into successful career. Leon was a member of the Salem First Baptist Church in Salem, IL. Funeral services will be held at the Salem First Baptist Church, 721 W. Main, Salem, IL at 10:00 am on Friday, April 2, 2021. Visiting hours will be on Thursday at the First Baptist Church from 6:00-8:00 pm, and from 9:00 am until the service hour at the church on Friday. It is important to wear a mask and respect social distancing in accordance with the CDC and State of Illinois Phase 4 Revitalization guidelines. Masks will be made available by the funeral home. Burial will follow at the Union Chapel Cemetery in Texico, IL. In lieu of flowers memorials can be made to Salem First Baptist Church, Salem, IL or Marlow General Baptist Church and will be accepted by the Sutherland – Rankin Funeral Home, 310 N. Broadway, P.O. Box 97, Salem, IL 62881 (618) 548-1234, entrusted with the family’s care.

The family of Leon created this Life Tributes page to make it easy to share your memories.

Send flowers to the Tate family.