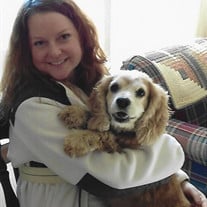 Jessica Prose, 36, of St. Louis, Missouri, formerly of Litchfield, Illinois, passed away Wednesday, April 13, 2022 at her home. She was born October 27, 1985 in Litchfield, Illinois, the daughter of Shelley (Garner) Perkins and John Prose. In addition to her parents: Shelley Perkins and husband Ron of Centralia and John Prose and special friend: June Hughes of Litchfield; grandparents: Sharon DeVries of New Douglas, Illinois and Ray Garner of Florida; two step sisters: Betsy McCarty and husband Ryan of Lebanon, Illinois and Kelsey Tate and husband Josh of Salem; a niece and nephew: Emma Tate and Riley Tate both of Salem; several aunts, uncles and cousins. She was preceded in death by her grandparents: Merl DeVries and Lester and Joan Prose. Jessica worked as a Loan Officer for Bank of America for several years. She was an adventurous, loving, bubbly and energetic person. She enjoyed going on float trips, concerts, and going on random road trips with her friends. Jessica had a hankering for pickles; she would eat any flavor. She loved spending time with her four legged companion, Champ, her family and friends. Services will be held Thursday, April 21, 2022 at 12:00 PM at the Sutherland-Garnier Funeral Home in Centralia. Visitation will be held from 11:00 AM until the time of service on Thursday at the funeral home. In lieu of flowers, memorial donations may be made to the Centralia Humane Society and will be accepted at the Sutherland-Garnier Funeral Home at 235 North Sycamore Street Centralia, Illinois 62801, (618)532-3523, who is honored to be of service to the Prose and Perkins Family. Online condolences may be made to the family by visiting www.sutherlandfuneralhome.com and the Sutherland-Garnier Funeral Home Facebook Page.

The family of Jessica Prose created this Life Tributes page to make it easy to share your memories.

Send flowers to the Prose family.