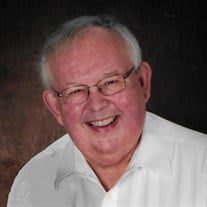 James Michael "Mike" Ford, 78, of Centralia, Illinois passed away Sunday, May 1, 2022 at Carle Foundation Hospital in Urbana, Illinois with his family by his side. He was born February, 3, 1944 in Ottawa, Illinois to the late James and Janetta Ford. He married Donna (Arhelger) on September 30, 1967 in Chicago, Illinois. In addition to his wife of 54 years, Mike is survived by his daughter: Deborah Huber and husband Christopher of Port Barrington, Illinois; sons: Steven Ford and wife Julie of Chandler, Arizona and Richard Ford and wife Rachel of Metamora, Illinois; grandchildren: Tyler Sulcer and wife Kyla of O'Fallon, Illinois, Brooke Sulcer of St. Louis, Missouri, Mason and Grant Ford of Chandler, Arizona, and Mady and Sophie Ford of Metamora, Illinois and step granddaughter: Abigail Huber of St. Louis, Missouri; brother: Robert Ford and wife Ann of Eads, Tennessee, sister: Susan Lester and husband Bob of Reno, Nevada, and two nieces. In addition to his parents, Mike was preceded in death by his brother John Ford, father and mother-in-law: Harry and Angie Arhelger, and nephew James Lester. Mike was a loving husband, father, and grandfather. He touched many lives in the Centralia community. He owned and operated Jim Ford Mens Wear for 50 years. He was involved in numerous community organizations including Rotary Club, Centralia Downtown Merchants Association, Elks Club, and Balloon Fest among many others. He graduated from Centralia High School in 1962 and Eastern Illinois University in 1968. He loved all sports but especially the Centralia Orphans and was inducted into the Centralia Sports Hall of Fame. A visitation will be held Friday, May 6, 2022 at St. Mary Catholic Church from 9:00 am till 11:00 am with a Memorial Prayer Service to follow. Father Steven Pautler will be officiating. Interment will follow at Calvary Cemetery in Centralia. In lieu of flowers, the family asks that donations be made to the donor's choice of either St. Jude's Children Research Hospital, American Heart Association, or the Centralia High School Athletic Association and will be accepted by Sutherland-Garnier Funeral Home at 235 North Sycamore Street Centralia, Illinois 62801, (618)532-3523, who is honored to be of service to the Ford Family. Online condolences may be made to the family by visiting www.sutherlandfuneralhome.com and the Sutherland-Garnier Funeral Home Facebook Page.

James Michael "Mike" Ford, 78, of Centralia, Illinois passed away Sunday, May 1, 2022 at Carle Foundation Hospital in Urbana, Illinois with his family by his side. He was born February, 3, 1944 in Ottawa, Illinois to the late James and Janetta... View Obituary & Service Information

The family of James Michael Ford created this Life Tributes page to make it easy to share your memories.

Send flowers to the Ford family.