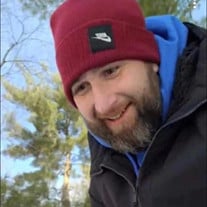 Jacob “Jake” B. Moseley, 37, of Centralia, passed away Thursday, April 21, 2022. He was born December 22, 1984, in Flora, Illinois, the son of Timothy Moseley and Sheila (Thomas) Kapes. In addition to his parents: Timothy Moseley and wife Randa of Clay City and Sheila Kapes and husband Jerry of Centralia, he is also survived by Grandparents Jimmie and Della (Hall) Thomas of Clay City, his three Children: Kayleigh Moseley and Aurora Moseley of O’Fallon, Missouri, and Deacon Moseley of Sandoval: 5 brothers Josh Moseley and wife Tonya of Clay City, Adam Moseley and wife Tiffany of Annapolis, Dustin Moseley and wife Brittany of Sumner, Justin Clevenger of Flora, and Keith Clevenger of Clay City; 4 sisters Kassidy “Kassi” Kapes of Centralia, Bernadette Kapes and fiancé Doug Kinder of Alton, Crystal Lewis and husband Myles of Flora and Bridget Owenby and husband Larry of Vincennes, Indiana; several nieces, nephews, aunts and uncles. He was preceded in death by his Grandparents Zane and Patsy (Herdes) Moseley of Clay City and a beloved cousin, Brandon Bickers of Terre Haute, IN. Jake was a disabled combat veteran and proudly served in the Unites States Army as a member of the 4th Infantry Brigade Combat Team – Airborne 25th Infantry Division out of Fort Richardson, Alaska and participated in Operation Iraqui Freedom and Operation Enduring Freedom (Afghanistan). He loved spending time with his children, his family and friends, and his four-legged companion Rocco. Hobbies included Harley riding, playing disc golf and listening to alternative red dirt country music. Per Jake’s wishes, cremation rites will be accorded and a Celebration of Life Service will be held on Sunday May 29, 2022, from 1:00 pm - 5:00 pm at the Centralia American Legion Post 446, 117 South Poplar Street, Centralia, Illinois 62801. Military Honor's will be accorded at the American Legion by the Centralia American Legion Post 446 and V.F.W. Post 2055. In lieu of flowers, memorial donations may be made to his children and will be accepted at the Sutherland-Garnier Funeral Home at 235 North Sycamore Street, Centralia, Illinois 62801, (618) 532-3523, who is honored to be of service to Jacob’s family. Online condolences may be made to the family by visiting www.sutherlandfuneralhome.com and the Sutherland-Garnier Funeral Home Facebook Page.

The family of Jacob "Jake" B. Moseley created this Life Tributes page to make it easy to share your memories.