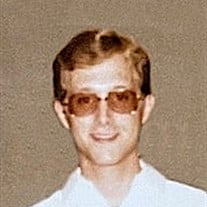 Hugh "Brent" Qualls, 57, of North Little Rock, Arkansas, formerly of Salem, IL passed away December 10, 2020. Born February 12, 1963 in Salem, he was the son of Larry and Paula M. (Moore) Qualls who survive in Salem. "Brent" was disabled. He was a great chess player. An outdoorsman, he enjoyed fishing. In addition to his parents, he is survived by his children, Lorenzo O. Qualls and Andrew T. Qualls both of Highland, IL and Kimberly A. (Chad) Rakers of Germantown along with grandchildren Kaydence Hempker and Sydney Rakers. He is also survived by a sister, Kristin (Douglas) Miller of Salem, nephew Dylan W. Miller of Salem, and niece Kayla Miller of Cape Girardeau, MO, uncles Kenneth Qualls and Charles Qualls of Centralia, IL, Bob Moore of Salem and an aunt Elizabeth Qualls Johnston of Texas. He is preceded in death by grandparents, Darrell Moore, Beryl Moore, Walter Qualls, Lois Birch and a cousin Allen Moore. Due to the present health concerns, a private family burial will take place at East Lawn Cemetery in Salem. There will be no public visitation or service. Memorial donations may be made to the Donor's choice and accepted by the Sutherland - Rankin Funeral Home, P.O. Box 97, Salem, IL 62881 (618) 548-1234, entrusted with the family's care. On line condolences may be left at sutherlandfuneralhome.com

The family of Brent created this Life Tributes page to make it easy to share your memories.

Send flowers to the Qualls family.