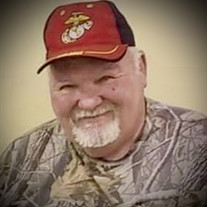 Henry Rowcliff, Sr., 71, of Junction City, passed away Monday, October 5, 2020 at SSM Health Good Samaritan Hospital in Mt. Vernon, Illinois. He was born January 2, 1949 in Paxton Illinois, the son of Cyril Rowcliff and Hazel Virginia (Bull) Rowcliff. He married Mary M. Mays on February 24, 1970 and she survives in Junction City. In addition to his wife of 50 years, Mary Rowcliff of Junction City, he is also survived by three sons: Henry Rowcliff, Jr. of Junction City, Greg Rowcliff and wife Christy of Centralia and Fred Rowcliff of Junction City; twelve grandchildren and six great-grandchildren; seven brothers: Howard Rowcliff, John Rowcliff, Francis Rowcliff, Herman Rowcliff, Bill Rowcliff and Clifford Rowcliff; three sisters: Helen Hull, Christine Johnson and Wilma Ward; several nieces and nephews. He was preceded in death by his parents, a son: David Rowcliff, four brothers: Harold Rowcliff, Charles Rowcliff, Jim Rowcliff, and Wesley Rowcliff, and five sisters: Trudy Rowcliff, Josephine Rowcliff, Wanita Altom, Carol Hancock and Esther Rowcliff. Henry served his country in the U.S. Marine Corps during the Vietnam War, he was very proud about his service. Anyone that knew or met Henry will always remember him for his humor and big heart. Henry loved spending time with his family and friends. Friends may call Wednesday, October 7, 2020 from 5:00 PM to 7:00 PM at the Sutherland-Garnier Funeral Home in Centralia, where those in attendance will be asked to wear a mask and observe social distancing. A Private Family Celebration of Life Service for Henry Rowcliff will be held Wednesday, October 7, 2020 at 7:00 PM with the service being live broadcasted for family and friends which, can be accessed by going to www.sutherlandfuneralhome.com website and clicking on Henry's Obituary. Military Honors will be accorded at the funeral home by the American Legion Post 446 and V.F.W. Post 2055. In lieu of flowers, memorial donations may be made to the family and will be accepted at the Sutherland-Garnier Funeral Home at 235 North Sycamore Street Centralia, Illinois 62801, (618)532-3523, who is honored to be of service to the Rowcliff Family. Online condolences may be made to the family by visiting www.sutherlandfuneralhome.com and the Sutherland-Garnier Funeral Home Facebook Page.

The family of Henry Rowcliff, Sr. created this Life Tributes page to make it easy to share your memories.

Send flowers to the Rowcliff family.