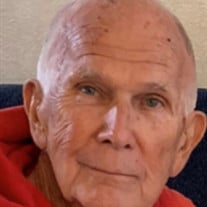 Harold O'Brist, Jr., 84, of Central City, went to be with his Lord and Savior on Sunday, September 27, 2020. He was born in Odin, Illinois on July 11, 1936, the son of Harold and Addie Mae (Hodge) O'Brist. He married Hazel Erwin on August 9, 1958 and she survives in Central City. In addition to his wife of 62 years, Hazel "Sis" O'Brist of Central City, he is also survived by his son: Jay O'Brist and wife Gayla of Central City; his daughter: Resa (O'Brist) Neff and husband Richard "Richie" of Central City; two grandchildren: Joshua Cole Neff and Cecilia Mae O'Brist both of Central City; a great-granddaughter: Grace Richelle Neff of Central City; two sisters: JoAnn Carlson and husband Don and Billy Sue Owens; a brother-in-law: Revis Eugene Erwin and wife Marie; several nieces and nephews; a bonus daughter: Deanna Purcell and husband Adam and family and very close friends: Harvey and Sue Yoder and family, Pat Carr, Andy Carr, and Becky Carr-Froneyberger. He was preceded in death by a special grandson, Jacob Allan Neff, his parents: Harold and Addie Mae O'Brist, a brother: Willis Gene Hodge and wife Glenda, two sisters: Jackie Osterman and husband Joe, Patsy Heard and husband Don, , two brothers-in-law: Bobby Joe Branch and Herman Karl Owens, sister-in-law: Betty Laswell and husband Bob, and father and mother-in-law: Gene and Lucille Erwin. Junior served in the U.S. Army in the 82nd Airborne Division and was stationed at Fort Bragg, North Carolina. He worked as a machinist at the General Radiator in Mt. Vernon for 30 years and then worked in the Coal Mines for 25 years until his retirement. Junior worked with his son, Jay, and his two grandsons: Joshua Neff and the late Jacob Neff for O'Brist Properties, where he assisted with building houses and remodeling. He also enjoyed gardening and one year he grew a 600 pound pumpkin. He and Sis attended The Rock Church in Centralia. He was an avid St. Louis Cardinal's Baseball Fan and loved attending home games and watching it on T.V.. Junior cherished and loved his family. Due to Covid-19 concerns, the family has requested that there will only be a graveside service for Harold O'brist, Jr., with no public services being held at the Rock Church in Centralia on Saturday. Graveside Services will be held Sunday, October 4, 2020 at 2:00 PM at Mt. Evergreen Cemetery in Central City with Pastor Steve Upchurch officiating. Military honors will be accorded at the gravesite by the American Legion Post 446 and the V.F.W. Post 2055. In lieu of flowers, memorial donations may be made to the St. Jude's Children's Research Hospital and will be accepted at the Sutherland-Garnier Funeral Home and Cremation Services at 235 North Sycamore Street Centralia, Illinois 62801, (618)532-3523, who is honored to be of service to the O'Brist Family. Online condolences may be made to the family by visiting www.sutherlandfuneralhome.com and the Funeral Home Facebook Page.

The family of Harold O'Brist, Jr. created this Life Tributes page to make it easy to share your memories.