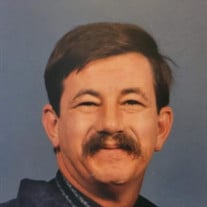 Eddie Beckemeyer, 72, of Hoyleton, passed away Thursday, December 17, 2020 at his home. He was born November 27, 1948 in St. Louis, Missouri, the son of Charles L. Beckemeyer and Eleanor (Knorpp) Beckemeyer Hosick. He married Laura Louise Sensmeyer on May 25, 1968 in St. Louis, Missouri and she preceded him in death on February 15, 2018. He is survived by his four children: Alina Bartlett and husband Michael of Irvington, Ernest Beckemeyer of Hoyleton, Angie Schnitker and husband Chad of Hoyleton, and Sally Mahnke and husband Keith of Iuka; four grandchildren: Layla Beckemeyer, Keytin Beckemeyer, Gracie Schnitker and Annie Schnitker; a brother: Donald Beckemeyer of Nevada, Missouri; six sisters: Mary Stotts of Phoenix, Arizona, Sharon Haukap and husband Paul of St. Louis, Joyce Jaskulsky and husband Rick of Buhl, Idaho, Brenda Knorpp of Rosamond, California, Dessie Herren and husband Mark of Blackwell, Oklahoma, and Sandy Hosick of St. Louis, Missouri; a host of in-laws that he loved and he called them his outlaws; and several nieces, nephews, and friends. He was preceded in death by his parents, wife, and four brothers: John Beckemeyer, David Beckemeyer, Robert Beckemeyer and Steven "Seaweed" Hosick. Throughout the years Eddie loved to go fishing, squirrel hunting, gathering with family and friends, playing spades, countless camping trips (he was the master of the camp fire), watching movies (he loved Star Wars and Star Trek), and was a lifelong St. Louis Cardinal's Baseball Fan. He loved music and dancing with his wife. He owned at least 6 dogs, a parrot, a turtle, hamsters and many fish. He loved to tease and be teased. He was a ladies man and a big ham. He loved to argue (debate) politics and religion. He believed in the possibility of life on other planets. He loved his family and sacrificed much for them. He loved his country and served in the U.S. Army during the Vietnam War. He loved Jesus Christ as his Lord and Savior and hoped to go to Heaven. He felt unworthy and undeserving his whole life. The day he left this earth he no doubt discovered just how worthy God found him to be. He was loved much and will be missed by many. Due to COVID and per Eddie's wishes, cremation rites will be accorded and no public services will be held. In Honor of Eddie, memorial donations may be made to Wounded Warrior's and Leashes of Valor and will be accepted at the Sutherland-Garnier Funeral Home and Cremation Services at 235 North Sycamore Street Centralia, Illinois 62801, (618)532-3523, who is honored to be of service to the Beckemeyer Family. Online condolences may be made to the family by visiting www.sutherlandfuneralhome.com and the Sutherland-Garnier Funeral Home Facebook Page.

The family of Eddie Beckemeyer created this Life Tributes page to make it easy to share your memories.

Send flowers to the Beckemeyer family.