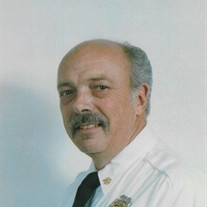 Dennis Ray Haake, 76, of Hoffman passed Wednesday, September 8, 2021. Dennis was born October 19, 1944, the son of Elmer Gustav Haake and Margaret Ann (Kleiboeker) Haake. He married Pamela Pettersson on April 8, 1967 in the Trinity Lutheran Church of Hoffman and she survives him in Hoffman. In addition to his wife Pamela Haake of 54 years, Dennis is survived by one son: Denny Haake and wife Teresa of Hoffman; two daughters: Christy Oelze and husband Jeff of Nashville and Amy Beever and husband James of Hoffman; seven grandchildren: Macey Smith, Maddie Haake, Ethan Oelze, Colton Oelze, Katie Oelze, Wyatt Beever, and Mavrik Beever; three sisters-in-law: Brenda Wheeler and husband Denny of Evansville, IN, Sharon Harris of Central City, and Pat Pettersson of Salem; and several nieces and nephews. Dennis was preceded in death by his parents Elmer and Margaret Haake; one son: Michael Gregory Haake; one brother: Howard Haake; two nephews: Scott Haake and Robbie Foltz; and four brothers-in-law: Richard Pettersson, Virgil Harris, James Foltz, and Charlie Foltz. Dennis retired from Illinois Bell Telephone Company after 25 years. He also worked as a senior analyst for Modern Technologies until 9/11. He worked for the United States Post Office in St. Louis, MO as a maintenance mechanic. He was a lifelong member of the Trinity Lutheran Church of Hoffman. He was the former Chief of Hoffman Volunteer Fire Department for 43 years and was a member for 47 years. He loved spending time with his children and grandchildren and enjoyed following all their activities. He enjoyed gardening, building, and repairing things with his family. He will be dearly missed. Funeral services for Dennis Haake will be held Saturday, September 11, 2021 at 11:00 a.m. at the Trinity Lutheran Church of Hoffman. Burial will follow at the Trinity Lutheran Church Cemetery. Visitation will be held from 9:00 a.m. till 11:00 a.m. at the church. Due to recent CDC guidelines, masks and social distancing will be observed. Memorial donations can be made to the Hoffman Volunteer Fire Department and Christ Our Rock Lutheran High School and will be accepted by the Sutherland-Garnier Funeral Home at 235 North Sycamore Street in Centralia, Illinois 62801 (618) 532-3523, who is honored to be of service to the Haake family. Online condolences may be made to the family by visiting www.sutherlandfuneralhome.com or the Funeral Home’s Facebook page.

The family of Dennis Ray Haake created this Life Tributes page to make it easy to share your memories.

Send flowers to the Haake family.