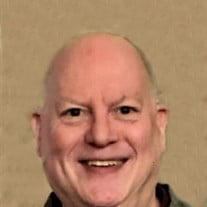 David L Westphal, the son of Laurel M. “Westy” Westphal and Cleo M (Williams) Westphal, passed away at Mt. Sinai West Hospital in New York City, NY at the age of 71 on February 11, 2022. A Memorial Service for David will be held at 11:00 AM, Saturday, March 26 at the United Methodist Church, Farina, IL. Visitation will be prior to the service at 10:00 AM. David was born September 5, 1950 at the Fayette County Hospital in Vandalia, IL. and had a happy childhood growing up in Farina, IL. He graduated from LaGrove High School in 1968 where he was awarded the Sportsmanship Award his Senior year for his loyal work as manager of all the sports teams of the school during all four years of his high school attendance. When David put on his first pair of tap shoes when he was only 5 years old, he fell in love with preforming and was destined to become a dancer. He was encouraged and inspired by his high school chorus teacher, Mrs. Donna Kerley, to preform in musicals and talent shows in high school and then to choose Theatre and Dance for his career. David graduated from Southern Illinois University in 1972 where he majored in Theatre and Dance and was awarded Best Dancer of his Junior and Senior years. During his college years he spent his summers dancing and singing on the stage of the Little Theatre on the Square in Sullivan, IL. where he attained the requirements to join the Actors Equity Union. Our small town boy set his sights on preforming in New York City at the age of 14 when he visited there on a family vacation and then went on to fulfill his dream when he moved there in 1972. David dedicated his life to the theatre where he loved his work. He preformed in many musicals in New York and on tour throughout the US. He began working for the Actors Equity Association as a Chorus Councilor in 1981, and then joined the staff in 2007. He especially enjoyed presenting the Legacy Robe Ceremonies on opening night of most Broadway Musicals and strived to keep the true meaning, purpose, and reputation of this ceremony ongoing. He was interviewed on the CBS morning show to tell about the robe ceremonies. David is survived by one brother, Ted (Phyllis) Westphal of Dardenne Prairie, MO. and two sisters, Mary Kay (Louis) Sigrist of Farina, IL and Nancy (Terry) Harper of Effingham, IL., 5 nieces and nephews, and 12 great-nieces and great-nephews. He was preceded in death by his Father and Mother, one niece Shara Jean Sigrist and one nephew, Steven Sigrist. Memorials to honor David Westphal can be given to the Farina United Methodist Church, the Actors Fund of America, or the donors choice and will be accepted by the Sutherland - Rankin Funeral Home, P.O. Box 97, 310 N. Broadway, Salem, IL 62881 (618) 548-1234, entrusted with the family's care. On line condolence may be left at sutherlandfuneralhome.com.

David L Westphal, the son of Laurel M. &#8220;Westy&#8221; Westphal and Cleo M (Williams) Westphal, passed away at Mt. Sinai West Hospital in New York City, NY at the age of 71 on February 11, 2022. A Memorial Service for David will be held... View Obituary & Service Information

The family of David L. Westphal created this Life Tributes page to make it easy to share your memories.

Send flowers to the Westphal family.