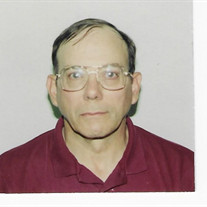 CENTRALIA - Daniel Norman Koller, 77, of Centralia, passed away on Wednesday, October 14, 2020, at his home. He was born July 4, 1943, in Appleton, Wisconsin, the son of Harry and Ruth Koller. He married Mary Lynn Witt on June 19, 1965, in Appleton, Wisconsin. They resided in Norwalk, CT for ten years where Dan worked for American Can. In 1983, Dan, his wife and two young children moved to Centralia, Illinois, where Mr. Koller started two successful businesses (Quality Sports Nets and Kell East). Along with his enjoyment of working, he also loved hunting, spending time with his family at restaurants, and on vacation. He also coached his sons’ sports and advocated for local sports (he was the CHS Athletic Booster Club Treasurer for years). In addition to his wife, he is survived by his sons, David Koller of Centralia, Illinois and Kevin Koller and wife Jade of St. Louis, Missouri. Also surviving are a brother, Richard Koller of Orlando, Florida; sister Diana Lewis of Orlando, Florida and Christine Light of Jacksonville Beach, Florida; along with several nieces and nephews. Per his wishes, Mr. Koller will be cremated and a private burial of ashes and a memorial service will be held at a later date in Appleton, Wisconsin. Memorials may be made to Centralia High School Booster Club and will be accepted at the Sutherland-Garnier Funeral Home at 235 North Sycamore St., Centralia, IL 62801 (618)532-2523, who is honored to be of service to the Koller Family. Online condolences may be made to the family by visiting www.sutherlandfuneral home.com

The family of Daniel N. Koller created this Life Tributes page to make it easy to share your memories.

Send flowers to the Koller family.