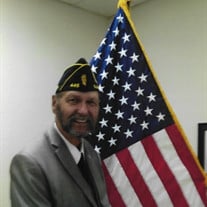 Bill L. Helpingstine, 76, of Smithland, Kentucky formerly of Centralia and Salem, passed away Wednesday, May 25, 2022 at his home. He was born November 6, 1945 in Atlanta, Georgia, the son of John Helpingstine and Lela (Shuler) Helpingstine. He married Patricia A. Duncan on October 4, 1969 at the First Presbyterian Church in Salem and she survives. In addition to his wife of 52 years, Patricia Helpingstine of Smithland, Kentucky, he is also survived by his three children: Daniel L. Helpingstine and Christy of Centralia, Sarah L. Helpingstine Gordon and Clint of Salem, and K. Lee Helpingstine and Chelsea Smith of Ferndale, Michigan; three grandchildren: Nate Helpingstine of Centralia, Jacob Helpingstine of Centralia, and Claire Gordon of Salem; a brother: Garry Helpingstine and Terrie of Buffalo, Wyoming; several nieces and nephews; and his four legged companion: Izzy. He was preceded in death by his parents, brother: Robert Helpingstine, sister: Kathy Steinmann and his four-legged companion: Jack. Bill graduated from Salem High School and attended Centralia Junior College. He was a farmer for 38 years in Salem and he retired in 2012. Bill served with the 281st Assault Helicopter Company as a Crew Chief in Vietnam. He was a member of the Centralia American Legion Post 446, where he served as Adjutant, Board Member, and finally as Post Commander for two years. He was also a member of the Centralia V.F.W. Post 2055, DVA, and VVA. He was awarded with Veteran of the Year in 2014 and he was inducted into the Hillcrest Memorial Park Court of Honor in November of 2016. Bill enjoyed hunting and was a lifetime member of the National Rifle Association. He also was an avid reader and he was well known at the Centralia Library. Bill cherished the time he spent with his family and friends. A Celebration of Life Service will be held Wednesday, June 1, 2022 at 6:00 PM at the Sutherland-Garnier Funeral Home in Centralia. Military Honors will be accorded at the Funeral Home by the Centralia American Legion Post 446 and the Centralia V.F.W. Post 2055. Visitation will be held Wednesday evening from 4:00 PM until the time of service at the Funeral Home. Memorial Donations may be made in his honor to the Centralia American Legion Post 446 and will be accepted at the Sutherland-Garnier Funeral Home and Cremation Services at 235 North Sycamore Street Centralia, Illinois 62801, (618)532-3523, who is honored to be of service to the Helpingstine Family. Online condolences may be made to the family by visiting www.sutherlandfuneralhome.com and the Sutherland-Garnier Facebook Page.

Bill L. Helpingstine, 76, of Smithland, Kentucky formerly of Centralia and Salem, passed away Wednesday, May 25, 2022 at his home. He was born November 6, 1945 in Atlanta, Georgia, the son of John Helpingstine and Lela (Shuler) Helpingstine.... View Obituary & Service Information

The family of Bill Helpingstine created this Life Tributes page to make it easy to share your memories.

Send flowers to the Helpingstine family.