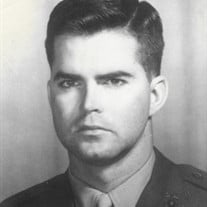 Barry Ross, 78, of Centralia, passed away Sunday, September 20, 2020 at his home. He was born February 28, 1942 in Centralia, the son of John D. Ross and Elizabeth (Autry) Ross. Barry married Joyce Warner of Hoffman, IL in 1962 and they later divorced.He married Marilynn Schleifer from Ashley in 1968 and they later had two children. Barry is survived by one daughter: Barri Lynn Ahlers and husband Brad of Nashville, IL; four grandchildren: , Nicholas Jones and wife Khin of Springfield, Lauren Christen and husband Ryan of Marion, Dierdre Ross and Caleb Ross both of Effingham; 2 great-grandsons: Elliot and Asher Christen of Marion. Barry was preceded in death by his father and mother John D. Ross and Elizabeth (Autry) Ross, three brothers: William D. Ross, Joe C. Ross, and John Ross; and a son Bryan Scott Ross, who passed away in October of 2006. Barry Ross was raised in Centralia and attended Washington Grade School through 5th grade. He moved to a farm on Jolliff Bridge Road in 1953 and attended Sandoval Grade School and graduated in 1956. He attended Sandoval Community High School and graduated in 1960. Mr. Ross enlisted in the U.S. Marine Corps in 1960 and served until 1967. He was deployed to Vietnam in 1965 and returned in 1966. After his discharge from the Marine Corps he was employed by Illinois Bell Telephone in Joliet, IL. He then took over management of the family restaurant Bit O' Texas in Centralia. In 1972 he took over management of a restaurant/lounge in Jacksonville, NC. They returned to Centralia and a year later, he worked in construction in the Centralia area. Mr. Ross worked for Brookside Township for 2 years. He took a job with the Illinois Department of Corrections in Vandalia, IL in 1977. He transferred to the Centralia Correctional Center in 1980. He attended and graduated from Kaskaskia Jr. College in 1994. He retired from the IDOC and was employed with a cable company in Texas, Las Vegas, NV and Washington D.C. area. He bought a home in Elgin, TX in 2000 after working in Cable T.V. for 7 years, he retired again. Mr. Ross worked for Ace Hardware in Elgin until becoming employed with the Bastrop County Sheriff's office in 2003. He retired from BCSO in 2011. He worked part time doing volunteer work at the Elgin Community Cupboard. Mr. Ross was a member of the Centralia American Legion Post 446, Centralia Veterans of Foreign Wars Post 2055, Vietnam Veterans of America and the Marine Corps League. Graveside Services for Barry Ross will be held Friday, September 25, 2020 at 2:00 p.m. at Hillcrest Memorial Park in Centralia. Military Honors will be accorded at the graveside by the American Legion Post 446 and the V.F.W. Post 2055. Due to the present health concerns, it is suggested you wear masks, observe minimal personal contact and practice social distancing while attending services. In honor of Barry Ross, memorial donations may be made to the Wounded Warrior Program and will be accepted by the Sutherland-Garnier Funeral Home at 235 North Sycamore Street in Centralia, IL 62801 (618) 532-3523, who is honored to be of service to the Ross family. Online condolences may be made to the family by visiting www.sutherlandfuneralhome.com or the Funeral Home's Facebook Page.

Barry Ross, 78, of Centralia, passed away Sunday, September 20, 2020 at his home. He was born February 28, 1942 in Centralia, the son of John D. Ross and Elizabeth (Autry) Ross. Barry married Joyce Warner of Hoffman, IL in 1962 and they later... View Obituary & Service Information

The family of Barry L. Ross created this Life Tributes page to make it easy to share your memories.

Send flowers to the Ross family.