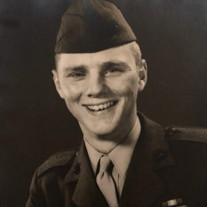 Alex W. Fulton, Sr, age 72, passed away on Sunday, September 13, 2020 at home after a long battle with glioblastoma (brain cancer). Alex was born December 13, 1947 in Hammond, IN to Alex J. and Lucille (Rusher) Fulton. He is survived by his wife, Donna (Oglesby) Fulton of Lenexa, KS; daughter Traci Fulton of Shawnee, KS and fiance Steve Walker of Kansas City, MO; son Alex Fulton, Jr and wife Gay of Gardner, KS; grandchildren Erin and Andrew Kruckemyer of Shawnee, KS; brothers Joe Fulton of Centralia, IL and Tim (Beth) Fulton of Rantoul, IL; sister Liz (Ron) Edwards of Fairview Heights, IL; brother in law Joe Oglesby of Gardner, KS and sister in law Sally Ann (John) Vagenas of Olathe, KS; aunt Patricia Garcia of Centralia, IL. Alex was preceded in death by his parents. Alex proudly served as a US Marine and a veteran of the Vietnam War, where he earned several medals including a Purple Heart. Prior to his retirement, Alex was a machinist with the Burlington Northern Santa Fe Railroad. He was a member of Lenexa United Methodist Church and life member of the V.F.W. Post 2055 of Centralia and Vietnam Veterans of America. Alex was also a member of the Ainad Temple of Belleville and Centralia Blue Lodge and a 32nd Degree Mason. Private services will be held Saturday, September 19, 2020 at the Sutherland-Garnier Funeral Home in Centralia, IL. Burial will be in Hillcrest Memorial Park Cemetery in Centralia, IL with military rites performed at the graveside by the American Legion Post 446 and the V.F.W Post 2055. In lieu of flowers, contributions in his honor can be made to the American Brain Tumor Association or Shriners Hospital for Children and will be accepted by the Sutherland-Garnier Funeral Home at 235 North Sycamore Street in Centralia, IL 62801 (618) 532-3523, who is honored to be of service to the Fulton family. Memories of Alex and condolences may be shared at www.sutherlandfuneralhome.com or the Funeral Home’s Facebook Page.

Alex W. Fulton, Sr, age 72, passed away on Sunday, September 13, 2020 at home after a long battle with glioblastoma (brain cancer). Alex was born December 13, 1947 in Hammond, IN to Alex J. and Lucille (Rusher) Fulton. He is survived by... View Obituary & Service Information

The family of Alex William Fulton created this Life Tributes page to make it easy to share your memories.

Send flowers to the Fulton family.